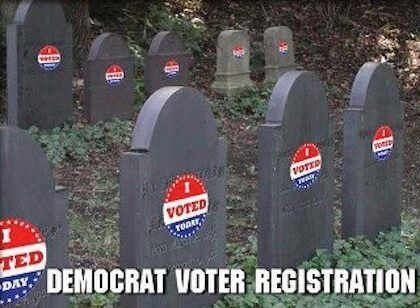 I got a lot of criticism in 2016 for claiming the Democrats cheat by 1-3% each election. Then there came the discovery of the fraud in NJ in 2017. Now this. I’m shocked. Shocked!

As reported by the National Review’s Deroy Murdock, who did some numbers-crunching of his own, “some 3.5 million more people are registered to vote in the U.S. than are alive among America’s adult citizens. Such staggering inaccuracy is an engraved invitation to voter fraud.”

Murdock counted Judicial Watch’s state-by-state tally and found that 462 U.S. counties had a registration rate exceeding 100% of all eligible voters. That’s 3.552 million people, who Murdock calls “ghost voters.” And how many people is that? There are 21 states that don’t have that many people.

Nor are these tiny, rural counties or places that don’t have the wherewithal to police their voter rolls.

California, for instance, has 11 counties with more registered voters than actual voters. Perhaps not surprisingly — it is deep-Blue State California, after all — 10 of those counties voted heavily for Hillary Clinton.

Los Angeles County, whose more than 10 million people make it the nation’s most populous county, had 12% more registered voters than live ones, some 707,475 votes. That’s a huge number of possible votes in an election. 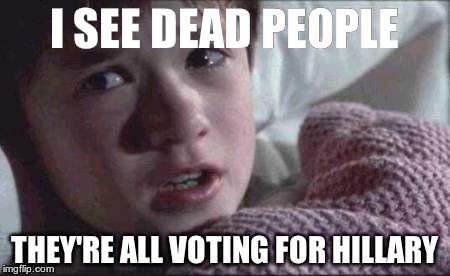 When I shared this information shortly after the election, I was roundly criticized and ridiculed (and not just by the Left). Facts are stubborn things, though, and here is yet another credible report showing why insiders have long called the Democrats the “evil” party. (I assume there is no need to explain why the Republicans are known for being “stupid”).

P.S. The next time you ask yourself why there are Democrat-run cities that *want* to be called ‘sanctuary’ cities (such as Nashville), remember this article.

In 2016, the U.S. Census Bureau estimates that there were 21.0 million adult noncitizens in the U.S., up from 19.4 million in 2008. It is therefore highly likely that millions of noncitizens cast votes in 2016.

Did Votes By Noncitizens Cost Trump The 2016 Popular Vote? Sure Looks That Way